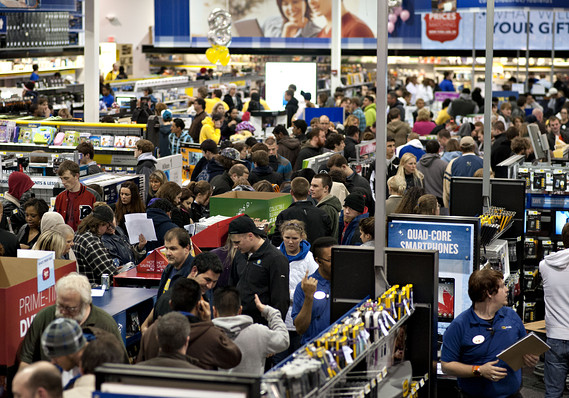 It seems that no matter where we go outside our own homes, there is always merchandising. We can’t go anywhere without their being as small stand or shop where somebody is selling something. This is just the way capitalism works, and we gotta get used to it. A very difficult thing for an aspiring minimalist. Does that mean that we shouldn’t go out much? Of course not; minimalists are the most out going people I know. But we minimalists are human animals too, and just like other animals we tend to be attracted to all the wonderful flashy things that are being offered to us (depending on what interests us). It is for this reason that we must put on our “minimalist thinking cap” when we are in certain situations so we do not get caught up in making impulse purchase decisions. As no doubt we will encounter many situations where the temptation to consume is high, and we must realize that these things that attract us are just trinkets, do-dads, knickknacks, and dust collectors.

I recently encountered a situation where I had to use my “minimalist restraint.” And looking back, I am so glad I did.

I am very much a Sci-Fi Fantasy buff. Having been born into generation “X” I naturally became a Star Wars enthusiast. I also love Star Trek, Lord of the Rings, cosplay, Battlestar Galactica, BladeRunner, and a whole mess of other nerdy things. Heck, I meet with a group of friends of mine on a regular basis to play a fantasy role-play card game (Magic: The Gathering).

Last month I attended a ComiCon (Comic and Sci-Fi Convention), and like most conventions there were stands and tables set up everywhere selling toys, original signed art work, games, decorative pieces, costume accessories, and all kinds of interesting things. Temptation was high for me. But instead of giving in, I took a moment to remember my values. I took a step back and realized that almost all the stuff at this place that was being sold had one thing in common. IT WAS ALL USELESS. If I were to purchase any of these things, the most excitement I would have with them is at the time of purchase. Past that, I would take it home and let it collect dust somewhere; seldom would I gaze upon it again.

In the end I ended up having a really good time there because I was enjoying the show. I enjoyed LOOKING at all the cool and wonderful merchandise. I enjoyed seeing and listening to the special guests they had there. I enjoyed seeing all the costumes people were wearing. I had a really good time, and the only thing I purchased was an upstarting card game called “Ambyria”, which I intend to play frequently with my wife. I love playing games, and I feel better about giving my money to a kid trying get his game off the ground, then giving it to big business.

There are many common places where the merchandise is mostly knickknacks and dust collectors, but the temptation and/or sales pressure is high. These places are:

A minimalist makes purchases always with their long-term values and goals/passions in mind.

“You can’t wait for the hard times to pass before you decide to be happy.”