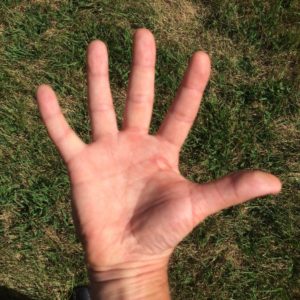 “Those who put so much energy into controlling everything around them, end up losing control of themselves.”

This has become a philosophy I have developed. Or to put it more positively:

“One must learn to focus on controlling ones own thoughts, actions, reactions, and learn to accept that they cannot control anything outside of them-self if they wish to find any happiness in this life.”

As I grow older I am seeing more and more how true this is, based on the behavior I have seen in myself and other people. I see the truth of it all the time, but never more so than in these two extreme yet common cases:

I believe most of us know people that fit the two descriptions above, as well as many variations in between.

Minimalism, true Minimalism is about narrowing ones scope of control to be more like person 2 than person 1. By living smaller, with fewer possessions, fewer obligations, fewer commitments, one has more time and energy to focus on making them-self  a better …..self. A person focusing on becoming a better version of them-self is on a more assured path to happiness, than one who is controlling the situations and things around them. If one chooses the path of control, they will lose them-self in the process (If they ever knew them-self in the first place).