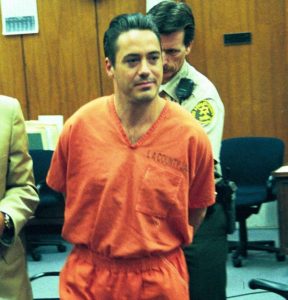 Actor Robert Downey Jr. once said “Prison is actually the safest place on Earth.” in an interview after having done some time there. I remember thinking “Well that’s a strange thing to say.” When someone says something like that it kind of sticks with you. “Why would he say something like that?”,” What does he mean?” I gave it serious thought.

In time I started to realize not one, but multiple potential truths in that statement. I say “potential” because having not “done time” myself, I can only speculate.

The first one is the obvious one. In prison not only is the world safe from the inmates, but the inmates are safe from people in the outside world. One can’t just walk ….. or even break into prison. In fact, even internally the inmates are even pretty safe from each other (depending on the prison). Everyone is in their own individual cell. Isolated, and nothing is coming through those bars. The only potential threat is a prison guard.

The second safety that prison offers is not so obvious, and perhaps not so appreciated (or even realized) until its had. That is, safety from societal influence. No advertisements telling you what to buy. No politicians telling you what to think. No lies. No distraction, no diversion from focusing on self. Of course there are also limited resources for one to have any personal growth anyway ….. so the lack of distraction may be irrelevant.

The third is the safety from being forced to be part of the system. Get up, go to work, buy a house, pay bills. There are very few options away from this pattern in the outside world, and all arrows (influences) point to this lifestyle.

Fourth, safety from the mental trappings created by the above violators. When one is not bogged down by the lies, influences, and grind of living in the outside world, in time they will find their individuality and creativity. The greater possibilities of their growth. If only prison had the resources to pursue that.

I would consider ex prison inmates ripe for a minimalist life in the outside world.

No doubt RDJ gained perspective enough through his time in prison to develop a skill of safeguarding himself from bad external influences. That would definitely help with a drug addiction.

Be in the moment. Worry is wasteful, and this moment won’t come back.