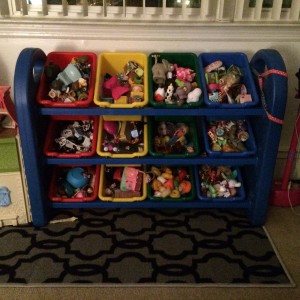 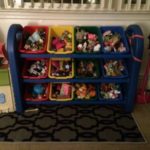 Ushering a child into a minimalist lifestyle can be tough. I also believe that the method used for one child, might not work for another child. So with that being said, I can only describe the method we used (my wife and I) to enforce this lifestyle with our daughter.

Let me start by saying that I do not believe that the material possession limitations for children are the same as that for an adult. Since the world is new to them, and they’re still discovering, they tend to be more appreciative of all the gifts they get. As adults we’ve “been there and done that,” so we don’t hold as much value in Christmas Mug we got as a present from our aunt Jinny. Whereas my daughters eyes glow at the smallest insignificant trinket of a gift. It’s not so insignificant to her, just to me and my wife. As a result, a child’s supply of things (toys …. to be honest) is going to be larger than an adults. This brings us to rule 1:

This cannot be done by merely asking the child if they wouldn’t mind getting rid of a certain toy (chosen at random), as they would no doubt say something similar to “NO daddy, I want it!” Instead we can asses how much a child values a toy by having a general idea of how often they even use the toy. For those toys that are seldom (if ever) used, put them aside for purging.

Ah, but we cannot just dispose of them yet, under their nose like that, as there is still a chance they will notice. This is a common mistake that risks losing the child’s trust, and if that happens we will never be able to get the child to fall in line with minimizing. So:

2. Get the child’s permission to dispose the toy.

Sounds impossible eh. Consider this. Since the child is not playing much with the toy, their concern is not that they will no longer be playing with the toy, but that the toy is being discarded. The concern is for the toy itself, not for the time they spend with it. Re-assure the child that the toy is going to be used and valued for another purpose, and then of course follow through with that purpose. In our case, we tell our daughter that since she doesn’t use it very much the toy will belong to another child that will love it and play with it a lot more than she does; a child that doesn’t have as many toys as she does. Then we either take it to consignment, donate it to a charity, or give it to a friends child. Our daughter has always responded positively to this.

Now my four year old daughter comes up to my wife all the time with a toy in hand and says “Mommy, we can midimize (not a typo) this toy mommy. Give it to the poor kids.”