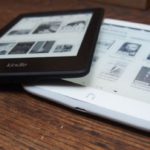 Be in the moment. Worry is wasteful, and this moment won’t come back.