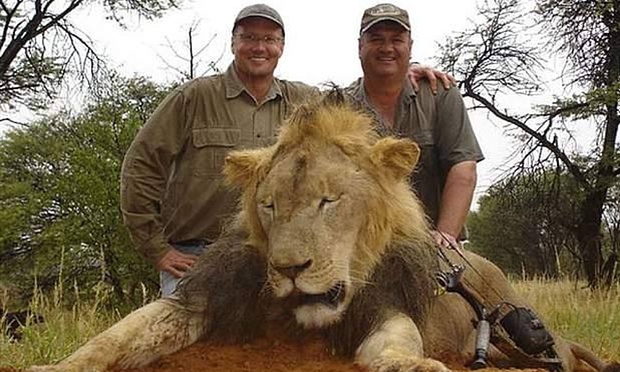 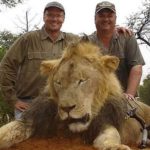 I recall earlier in 2015 watching the news over the controversy of a man who hunted and killed a lion in Zimbabwe. You may recall it, Cecil the lion. The man lured the lion out of its sanctuary (protected land) with the scent of another animal to legal hunting grounds to make the kill legal.

My first thought when hearing this news was “Excellent, the guy found a clever method to get his prey. he deserves the kill.” But then I heard that the remains of Cecil were found beheaded and left rotting in the sun. At that news I was confused for a few seconds. You see, I assumed that the man was hunting lion that day. I had no idea that he was out looking to murder lion that day.

Hunting is what a person does for survival. For food, shelter, and/or security. Obviously this person had no need for any of these things as he only took the head. What good is the head (rhetorical)? Then why did he do it? Hmmmm. The answer is that he did it for sport, you see. He did it because he gets a charge, a rush out of taking the life of an animal. The thrill of the hunt. The adrenaline rush of exerting ones power over another. And the more ferocious the prey, the greater the rush and reward. So basically this person has a desire to kill. So what is to stop this person from killing a human being? Ahhhh the fear of consequence. In our world there is consequence to taking another human life. There is law. It is this fear and this fear alone that separates this person from people like: Jack the Ripper, Charles Manson, Son of Sam, etc. From a morale standpoint there is no difference between this person and a serial killer.

Or perhaps we are supposed to believe that this person places smaller value on animal life as compared to human life. Then I would be curious as to what grounds, what basis is this value system created. Where does he draw the line on what kind of life is expendable, and what life is valuable? On strength, or intelligence level perhaps. When you are the top of the power chain it is easy to draw that line without any solid basis. But what if we were no longer at the top of that power chain? What if an alien species came to earth to live among us that was stronger and more intelligent than us. According to this persons logic this new species would be perfectly within their rights to hunt and slaughter all humans just for amusement. After all our level of intelligence and strength is no different than that of a deer from their vantage point.

Just because other animals of this planet are not a sophisticated as we are, doesn’t mean that their lives are any less valuable.

I think my point is clear by now. The man is a murderer, plain and simple. The only difference between him and a serial killer is that he is smart enough to work within the confines of the laws laid down. If the fear of consequence is the only thing that keeps us from doing immoral acts, then we will never evolve as a species.