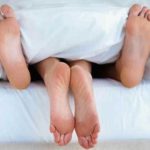 Countless times before have I mentioned that developing and maintaining strong healthy relationships is the real spice of life. Having more time and freedom to focus on our relationships and passions is the reason why we minimize in the first place.

Having a strong healthy sex life is part of that focus. A very important part. Making love with ones partner joins them together emotionally and spiritually to form a bond that can not be formed any other way. It’s actually quite amazing. This is all part of the human experience. Sex and sexuality are a perfectly natural part of life. They are one of the greatest gifts life has to offer. They’re certainly not shameful, nor should they be considered taboo.

Just like anything else though, sex must be done responsibly. That is, it must be done with the proper precautions. It must be done in moderation. Anything done in excess is bad; even the things that are considered healthy activities. Eating too much food leads to obesity. Too much working leads to burnout. Too much exercise leads to strained muscles, and potential physical incidentals. Too much rest also leads to obesity. So then too much sex leads to an unhealthy dependency, and increased risk of disease. I’m not going to go into a rant about safe sex. We all know how to be safe.

With all the precautionary stuff out of the way, I would like to say that I believe that sex/sexuality is much too taboo in our society. Sex should be taught to our children in a way that would educate them about the joy, responsibility, and risks of it. This education should come from their parents. Instead they are getting misinformation from their friends and media, then going out in the world irresponsibly experimenting.

Why is it that full frontal nudity cannot be seen on daytime television, but horrific violence is displayed openly any time of day? The human body is beautiful, natural, fruitful, a symbol of natures divine power. Violence is ugly, destructive, and evil. Yet we have chosen to expose our children to the glorified evil of violence, but shelter them from the beautiful bounty of the human body.  This makes no sense to me. Sex and sexual expression was all part of natures plan. “Brother kill brother” was not.

Furthermore, I am appalled at the stigmas of sex/sexuality between the sexes. Why is it that men can go topless in outdoor festive venues, but women can not? If a man is sexually promiscuous, he is a stud (positive connotation). If a woman is promiscuous, she’s a slut (negative one). Men can do whatever they want while a women must be a lady.

Everyone assumes that when a women has a lot of sex with a lot of different partners, she must be trying to fill some void created by some traumatic event in her childhood. Huh?? Why can’t she just be a women who really loves men, and has a strong sexual appetite for them? We seem to be fine using that reason for men. We men expect women to be available to satisfy our sexual appetite, but then also expect women to be demure and repress any sexual appetite of their own. Excuse my language, but that’s bullshit.

In summation, sex and sexuality should be open and free in our world. Open, and freely expressed by both men and women. By that I mean that sex itself should remain private (behind closed doors), but sex as a topic should be able to be discussed openly. Nudity should be open as well.

So go and have sex, have lots of sex. It’s does good for relationships, and is amazing for our health (I didn’t get into the numerous health benefits of having a healthy sex life, but I don’t think I have to).

“We must reject the basic assumptions of civilization, especially the importance of material possessions.”